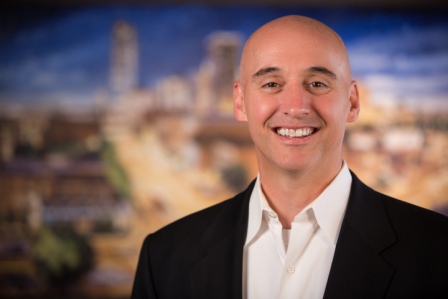 Recently, the U.S. Supreme Court heard arguments on the question of where to draw the line for the protection of software programs and other computer-related inventions in Alice Corp. vs. CLS Bank International.

Two foundational principles of the United States economic system are fair and free competition in the marketplace and the protection of individual property rights. These principles collide frequently, and with great impact, in the area of intellectual property law, particularly with regard to the U.S. patent system.

The legal basis for our patent system can be found in Article 1, Section 8 of the U.S. Constitution, which states that Congress shall "promote the Progress of Science and useful Arts, by securing for limited Times to Authors and Inventors the exclusive Right to their respective Writings and Discoveries." The founders struck a balance between providing limited rights to those who create or discover new technological innovations and the rights of the general public to benefit from such innovations.

A century ago, companies that manufactured tangible products, such as U.S. Steel and the Ford Motor Company, were titans of the U.S. economy. In today's information age, computer-based companies such as Apple, Samsung and Google dominate the economic landscape. While providing value to millions of customers, the offerings of these and other technology-based companies are fundamentally more abstract and nuanced than steel and automobiles. This raises an important question: What kinds of technological advancements should be patentable? It is this question that is being addressed by the Supreme Court.
It is well established that a company or individual cannot patent something that already exists, such as a fundamental law of nature or a mathematical equation. But this concept becomes less straightforward when applied to software-based inventions because all software programs, in their essence, employ equations.

Traditionally, computer-related inventions have been deemed patentable if they provide either a new method or system for performing a particular task based on well-defined physical elements. A particularly alarming result in the Alice Corp. case is that, based on the lower court ruling, if method claims for a software program don't meet the requirements of patentability, corresponding system claims may not either.

Why should the general public care?

Getting this issue right is important, not just for software developers, but for the economy as a whole.
One upshot of the lower court's ruling in the Alice Corp. case is that developments patented by Google, Apple and other leading tech companies may no longer be protected. If the Supreme Court allows this opinion to stand, it could potentially have a chilling effect on innovation.

The ideal outcome of the Alice Corp. case would be for the Supreme Court to provide concrete guidance on what makes software-based inventions patentable. Regardless of the outcome, entrepreneurs and developers should focus on the tangible aspects of a particular invention rather than the underlying concepts carried out by the invention.

In this way, an applicant has the best chance of establishing valid patent rights and protecting themselves appropriately in today's economy.