Elaine Turner began her legal career with Hall Estill in 1989 and has focused her practice in Labor & Employment – Management. Throughout her career Elaine has successfully defended hundreds of employers in employment litigation and administrative proceedings. In 2021 Elaine was named as a Top 10 Oklahoma Lawyer by Super Lawyers. She was recognized as 2018 Best Lawyers Lawyer of the Year - Litigation-Labor & Employment in Oklahoma City and prior to that, 2016 Best Lawyers Lawyer of the Year - Employment Law -Management in Oklahoma City.

Elaine serves on the firm’s Board of Directors and has an AV  Preeminent rating through Martindale-Hubbell. She has also been recognized as a labor and employment star by Benchmark Litigation. Elaine is a frequent guest speaker on all aspects of Employment Law and conducts employment-related seminars, speeches and programs for employees, managers, supervisors and staff. She has also presented on the Fair Housing Act regarding discrimination issues. She has been honored to be a presenter at the U.S. Equal Employment Opportunity Commission (EEOC) Oklahoma City Area Technical Assistance Program Seminars (TAPS) for the last several years.

In addition to being recognized as an Oklahoma Super Lawyer in Employment Litigation Defense and named a Top 10 Attorney, she was also listed as Top 50 Attorney and Top 25 Female Attorney in Oklahoma. In addition, Elaine has been named a Best Lawyer in America in Employment Law-Management and is frequently interviewed by local media to provide her legal opinion on various employment law topics.

In April of 2019, Elaine was awarded the OCU Law Community and Public Service Award. This award is bestowed upon an individual whose service has made a substantive and positive community impact and is committed to the common good through service to the community.

Elaine is a graduate of Leadership OKC - Class 35.  She is also very involved with Special Olympics.  In 2015, Special Olympics Oklahoma named Elaine Volunteer of the Year. She has served as the Competition Chairperson for Special Olympics in Oklahoma County since 1996.  In that role, she organizes and manages Special Olympics competitions.  Elaine was also honored to serve as a Unified Partner on Team USA at the Special Olympic World Games in Ireland in 2003, where her teams earned two gold medals.  She has also served as a youth soccer coach for several years. 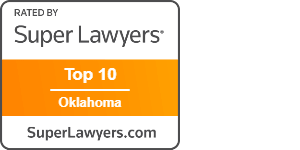 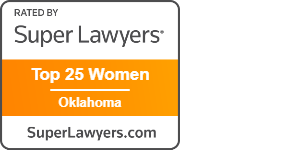 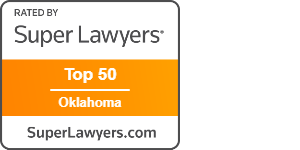